When Maria Bamford is on stage, each bit begins with Bamford’s baseline personality. She strolls ponderously from one end of the space to the other, her face fixed in the chipper, far-away smile the comedian has perfected over the last thirty years. She looks like someone strolling through the park, lost in their thoughts. That innocent affectation is a mislead, though, designed to get the audience to relax before she hits us with the near-endless array of voices and characters that populate her mind. It’s like watching a live-action cartoon, in the best way possible.

Now, the veteran comedian is bringing her trademark brand of lovable lunacy back to the stage in Weakness is the Brand, an uproarious new hour of stand-up from Comedy Dynamics.

Even if the name Maria Bamford doesn’t ring a bell, you’d likely recognize the comedian from one of the TV or movie appearances she’s been making since the early oughts. You may know her as a bright spot on season four of Arrested Development or as the creator and star of Netflix’s Lady Dynamite. Bamford’s insane voice control has also been put to work in a slew of animated series.

It’s on stage, however, when she’s able to use every tool at her disposal that Bamford is at her most commanding. Unlike a lot of comedians, whose voices come off as carefully calculated characters in a one-man skit, Bamford’s voices seem like an extension of her personality. It’s as though we’re getting an insight into the prattling, exuberant people crammed inside Bamford’s head. And comedy fans are all the luckier for it.

Whether she’s raving about how much she “adores” a two-star experience or she’s recounting that one ill-fated choice to join a reality TV show — “La Toya, you know this doesn’t matter.” — Bamford’s comedy is a one-of-a-kind mix of silly, upbeat, brash, and pitch black.

There’s a reason that Stephen Colbert once called Maria Bamford his “favorite comedian on planet Earth,” and it’s not hard to see why after spending an hour with Bamford and Weakness is the Brand.

You can buy or rent Weakness is the Brand on Amazon, iTunes, and all the regular streaming suspects. 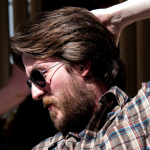