The Australian psych-pop “band” Tame Impala rewarded fans’ “Patience” on Friday with the release of the first single from their new album. We say, “band”, but frontman Kevin Parker writes, produces, and plays all instruments on the Tame Impala albums, in spite of the fact that the band has toured as a five-piece.

Dreamy and buoyant, “Patience” has a lightness about it, a stark contrast to the intense gothic synths of “Let It Happen,” the first single from their last album Currents. Despite adding poppier elements to their sound, the lyrical focus of that record was on a breakup and its aftermath. If Currents found Parker in various states of romantic disillusionment, it seems the new album will find him in a much sunnier place.

If you haven’t listened to the new track yet and you live near the coast and own a convertible, you know what to do.

Why shouldn’t he be? In the four years since Currents, Tame Impala has seen its status elevated to the highest tier in the industry: Coachella headliner (albeit because of a last-minute cancellation, but still). They deserve it. Since the release of Tame Impala’s debut full-length album InnerSpeaker in 2010, Parker has been on a near-flawless run.

Tame Impala’s sophomore album, Lonerism, found them refining their psych-rock sound, while showcasing even more immersive production tricks from Parker. Songs like “Elephant” had a chunky propulsiveness, while “Feels Like We Only Go Backwards” seems a comparatively a blissful escape.

Currents was another break in form. After working with Mark Ronson on his album Uptown Special, Parker took more of an interest in funk and R&B sounds. His style of drumming has always been indebted to the classic breaks from the ‘70s, so much so he actually fooled one such funky drummer into suing him. Although contemplative in tone, Currents was sleek and stylish in sound and texture to the point that Rihanna just took “New Person, Same Old Mistakes” and sang right over it on Anti.

For my money, if Tame Impala can stick the landing on their fourth album, they’re on the shortlist for 10 best artists of the decade. “Patience” is a little softer than their previous music — this tweet was not wrong to compare it to Supertramp — but it doesn’t feel like they’re going backwards. It sounds like they’re coming for the summer. 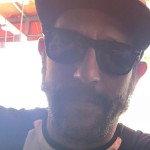 Markus Swift is a writer and creative entrepreneur based in Denver.